Earlier this month, I got the chance to drive the new 2015 Chrysler 300 Limited AWD throughout the streets of Detroit.  One of the first things I noticed was that this beautifully built sedan was not only large in size, but it was also bountiful in personality too.

Drivers that are looking for a car that demands attention while driving down the road, have found it in the attention-grabbing Chrysler 300! After years of 300 models with smaller grilles, customers demanded more and Chrysler responded with a bigger and bolder mesh grille on the 2015 Chrysler 300 full-size sedan.

In addition to an upgraded grille, the first thing you’ll notice is the refreshed LED headlights.  The sparkle of LED daytime running lights and available HID headlights plus all-clear lenses makes for an unforgettable introduction. Nothing says modern standards of driving on the road today like the clarity of distinctive LEDs, and the new 2015 Chrysler 300 is fully charged. The advanced use of LED lighting turns up the exterior accents without a premium price. And with the new LED taillights, as well as the available new High Intensity Discharge (HID) LED DRL headlights and new LED fog lights, the road ahead, is visibly clearer, day or night.

When driving, the only thing between you and the road are four supreme wheels. The 19-inch fully polished aluminum wheels aren’t just for show, to some they could be consider show-stoppers.  While some sedans require after-market wheels/rims to enhance it’s appearance, the Chrysler 300 Limited comes standard with a set of wheels that sparkle and shine with the best of them. The AWD system seamlessly activates in any of the following instances: outside temperatures dip below 37, ? wipers are utilized or the road slope significantly inclines or declines.  This is built-in intuition at its finest that you can always rely upon to feel confident with the traction of your 300.

The flagship Chrysler 300 Limited is a sedan that has survived and soared in the last 60 years and by the looks of it, I can’t wait to see what the next 60 years of this iconic sedan styling will bring.  Available at dealerships everywhere the 2015 Chrysler 300 Limited AWD starts at $35, 590.  For more in-depth details on the build and interior visit Chrysler.com.

Want to instantly connect with Chrysler? Find them being social day and night on Twitter @Chrysler, Facebook.com/Chrysler  and Instagram @ChryslerAutos today! 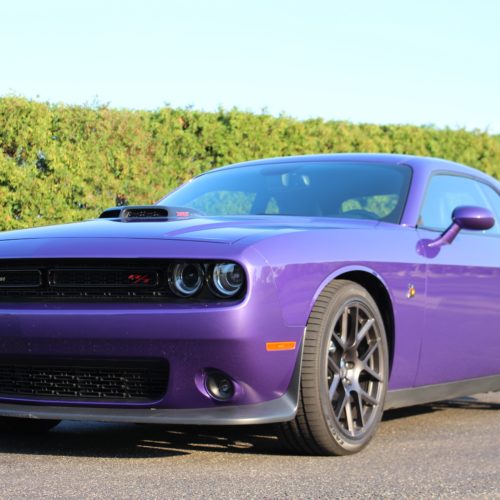 The 2016 Dodge Challenger Scat Pack Is The Definition Of What A New Muscle Car Should Be
Fiat-Chrysler Uncovered: Go Behind The Scenes To Discover What’s New For 2016
The All-New 2016 @FiatUSA 500X: 5 Things You Need To Know #Fiat500X