Before the confirmed fights, chain snatchings and melees was the BET Hip Hop Awards Red Carpet interviews.  Since the BET Hip Hop Awards took place in the heart of Southern hip hop music, Atlanta, GA. it’s only right that the talent as well as the fashion here is definitely in a league of its own. We hit the red carpet to find out what fashions, trends, and gadgets a few of Hip Hop’s rising stars &  celebs just can’t live without!

Diggy says when it comes to fashion he’s an accessories kind of dude. “I like neck wear and bracelets a lot, but definitely love kicks a lot too.” One gadget he can’t leave the house without “My iPhone! I’ll turn around for that.” I just knew Diggy had the iPhone 5, but looks like his schedule hasn’t allowed for it yet. “I’ve been traveling everywhere so much since it came out that I haven’t been able to make it to the AT&T store, but I’m going to get it though.”

We spoke to Mr. “Snapback and Tattoos” himself, Driicky Graham. To my surprise snapbacks are not his fashion must-haves on a daily basis. “Fox tails and I love Louie V. belts, I got one on right now actually.”  He doesn’t have the iPhone 5 yet either, but says he’s still “rocking with Siri on the 4S, so I’m good for now, but I’m definitely going to check out the 5.” He will be one of the many rappers part of the this year’s Cyphers.

Super producer Mr. Bangladesh (left) definitely gets my vote for most interesting style and outlook on technology. The Grammy winning producer has worked with names like Beyonce, Lady Gaga, Lil’ Wayne, and his latest project with Brandy. When asked about his fearless style he says– “This is just me, I came out of the womb with {style like} this.” I asked if he was as advanced in technology as he was in fashion and had the iPhone 5? He definitely gave the most interesting answer unlike any other celeb– “No, I’m not into the hustle. One thing about Bang, you’re not going to hustle Bang. Technology is the hustle world. There’s nothing different in the iPhone 5 that they couldn’t have put in the iPhone 4 or the 1. Apple has these smart technicians- you can’t tell me that they didn’t think about making the picture clearer before the next one was created. You know what I’m saying? It’s a hustle. I have the old iPhone not because I wanted it but because I was in the U.K. and they told me I needed it. I’m not for the hustles.”

His newest artist Fast Life (above right) says he prefers to get his clothes from all over the world. ” I got some Balenciaga, Fendi, and vintage Valentino type . But my favorite piece I’d have to say is my gold… I can’t leave the house without my gold.” He has a mixtape coming soon and is striving to be the next big name under Bangladesh Records.

Looks like the iPhone 5 is still on many celeb’s to-do list, while others refuse to be “hustled” by it. So WHO was the first to boast having the iPhone 5 on the red carpet?

Q Parker from the Atlanta based singing group 112 was the first one on the red carpet that could boast of having the newest iPhone.

“I don’t really have a style, I just like to be expressive. I’m not afraid of textures or colors.”  That was clear considering he was the only male on the red carpet wearing sequins. “However I feel that’s what I do.” So what does Q look for a lady to have as a part of her style package? –“I don’t really get into that. I just really like for a lady to be confident in whatever she puts on and know that she’s sexy. If she knows it, I know it. Confidence is the whole package.” Ladies take notes!

When I told Q he was the first one I’ve come across with the iPhone 5 he said–“You know a lot of people don’t have it because they’re letting the glitches get out of it. A lot of people have been having problems with the new operating system. Luckily I haven’t had any problems and I love the new iPhone.”

Rapper 2 Chainz showed up on the red carpet looking like a bag of skittles, but also like a dad. He brought along his daughter and expecting partner as well. Who would have known he was a family man?

Cash Out and his Chucky doll accessory was the loudest fashion statement on the red carpet by far. This is definitely a red carpet first.

Check out more photos from the Hip Hop Awards red carpet below… You can check out the 2012 BET Hip Hop Awards & Performances Tuesday 10/9 at 8P/7C. Only on BET! 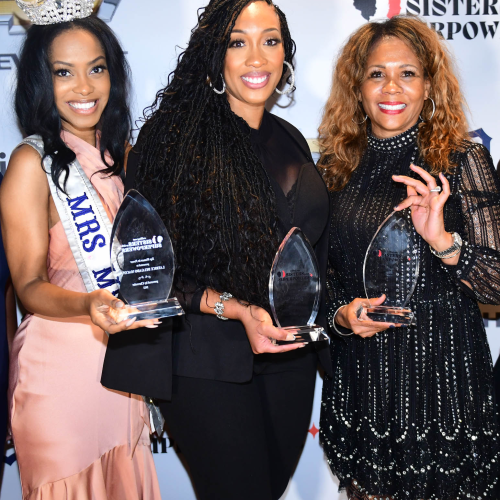