Everyone knows that New Years Eve is the one night of the year, besides Halloween, when letting go of inhibitions is not optional, but in fact mandatory. If you are like most of us, still pondering on what you want to do to bring in the New Year with loved ones, search no more. We have found the best of the best and combined them all into one place.

Here are the top five things you can do in the top five cities across the nation on December 31st to welcome 2013!

3 of LA’s Hottest Clubs: Premiere Supper Club, Angels and Kings, and Las Palmas, unite to bring you Hollywood’s BIGGEST New Years Eve Party! With discounts offered to groups of 5 and 10 or more… you may want to gather up some friends, pick out your outfit and hit the town. There’s still time to get discounted tickets but they are sure to sell out soon!

“THE GRAND BALL – A Black Tie Affair” is paying homage to the nostalgic era of old Hollywood Glamour and Decadence. Toast your champagne glasses at the stroke of midnight and dance all night to the eclectic music of Los Angeles’ Best Open Format DJ and Greystone Resident Devin Lucien!

3. Together as One Shrine Expo Hall,

Together as one is an 18-and-over event that will be back in LA this year at the Shrine Expo Hall. They’re also throwing a pre-NYE party the night before with a 2-night party option.

4. A Midnight Kiss for New Year’s at Wyndham OC

This event promotes itself as the most romantic New Year’s party in the OC. The event features three party rooms and an open bar.

Held at the Orange County Fair Grounds, this event does not require any black ties and will feature a stage for every decade from the 60’s to the 90’s with tribute bands and DJs. There will also be a Demolition Derby in the arena, a gaming room with chips for prizes, rides and gourmet food trucks on hand to feed the masses.

Designed as a concert hall, dance club and lounge, this triple threat venue has proven over and over again that it is the place to be. The focus at Santos Party House this New Years Eve is only on one idea: for people of all dances to revel in his house. Hipsters, funkers, beat-rockers, suits, dresses, skinnies and mini’s are all welcome to join in on the festivities. Celebrating New Years 2013 at Santos Party House is about letting go, starting fresh and indulging in the 5-hour premium open bar.

Partying isn’t the only thing New Yorkers can do on NYE. For those looking to welcome 2013 with a good laugh, the 2nd Annual New Year’s Eve Comedy Festival at AMC 34th Street is the place to be! Featuring favorite comedians and up and coming jokesters, you’ll howl into the new year with joy, and make merry with a 7-hour premium open bar.

This is another alternative night to celebrate a new year. Film enthusiasts can celebrate New Year’s Eve in the company of Audrey Hepburn, Cary Grant, Ingrid Bergman, Humphrey Bogart, Marilyn Monroe, Gregory Peck and plenty more of the world’s most timeless movie stars as we present the 2nd Annual New Year’s Eve Silver Screen Festival at AMC 34th Street. Favorite classic films will play through the night, and guests can indulge in a 5-hour premium open bar, featuring unlimited wine and champagne.

5. See Live Music at a Variety of Venues

I’m sure you’ve heard about Jay-Z and Cold Play performing at the Barclays… and unless you want to pay thousands of dollars for a ticket on StubHub, you’d probably be better off checking out some other options to see live performances in NYC this December 31st. Here’s a few you may want to check out:

Bayfront Park is the place to be for the largest FREE party in South Florida! A Dance Party with Tony the Hitman and count down to midnight with Miami’s own, “La Gran Naranja” (formerly The Big Orange)! At the south end of the park, this New Year’s Eve icon will slowly ascend the side of the InterContinental Hotel, reaching the top at midnight in conjunction with a grand display of fireworks shot over beautiful Biscayne Bay, and is also named One of the Top 10 Places in the World to Ring in the New Year by USA Today and MSN.

Cameo has one of Miami biggest New Years Eve celebrations as we ring in 2013 in true South Beach style. Featuring multiple levels and a glamorous interior, Cameo brings you NYE 2013 with a live performance by FUTURE and 3-hour Open Bar.

SoBe Live is voted #1 Hip Hop Venue by the Miami New Times in 2012 and voted #1 Hip Hop venue in the nation by VH-1 two years in a row.  With a choice of a Regular open bar or Premium open bar ALL NIGHT LONG, a gourmet cuisine buffet, a $5,000 Balloon Drop and music by BET DJ Q45, SoBe Live is a great place to be on NYE.

This is not exactly Miami, but it is an alternative option for folks that plan to be in Florida and may want to steer away from the night life to something more family oriented. Celebrate New Year’s Eve fun-filled evening includes access to all DisneyQuest attractions and video games, including CyberSpace Mountain, Pirates of the Caribbean: Battle for Buccaneer Gold and the Fix-It Felix console games from the Disney film Wreck-It Ralph, available for a limited time only, meet-and-greets with some of your favorite Disney Characters, 2 DJ dance parties, complete with party favors, a New Year’s Eve countdown and a confetti drop at midnight, and a meal.

PURE Nightclub inside Caesars Palace welcomes club goers to ring in the New Year with multi-platinum recording artist Nicki Minaj as she hosts an unforgettable affair. The rapper, songwriter and television personality will throw a boisterous party as she leads the countdown to midnight and celebrates with partygoers at Las Vegas’ top mega-club.

The ultra-exclusive HYDE BELLAGIO is located on the water with unparalleled strip views and under the glow of the fireworks at midnight. Expect a night filled with celebrity surprises and performances. Open format and eclectic sounds provided by NYC’s own Mick Boogie. Open bar selection till 12 a.m. and a champagne toast at midnight. Also, the very handsome Common will be in the house with a live performance.

3. Fireworks on the Strip

No admission cost is required for this one. Just take up some space on the strip and you’re set. The sky over the Las Vegas Strip explodes in an extravagant show of sound and light with fireworks coordinated from the rooftops of the MGM Grand, Planet Hollywood, the Flamingo, the Venetian, Treasure Island, Circus Circus and Stratosphere.

Vegas’ latest “it” club provides a packed house every night and more celebrity appearances than a Hollywood red carpet event. On NYE, DJ Vice will be providing hip-hop and rock mash ups for partygoers. J. Cole will also be hosting so it is sure to be a good time!

Moon is a nightclub that will make you feel like you are dancing in the stars. Located in Palms Casino Resort, the music in the club is a mix of hip-hop, mash-ups, and rock. Stylish nightlife attire is required. Wynter Gordon; DJ Jazzy Jeff and Wynter Gordon with Mikeattack and Exodus will be holding down the venue.

RAAP Network Atlanta is hosting NYE in ATL, a four day-long event for young professionals in Atlanta, which ends with a celebration of the new year. The event includes a Meet and Greet on Friday, Vegas Night on Saturday, concert and after party on Sunday leading up to the bash to bring in 2013.

The 24th annual Peach Drop is a full day of family fun and an evening of top-notch entertainment! As 2013 nears, the main stage will light up with live performances and the 800 pound Peach will begin its descent just before the clock strikes midnight. Packed full of excitement, the Peach Drop is Atlanta’s favorite way of ringing in the New Year! Over 100,000 visitors are expected to ring in the New Year at Peach Drop 2013.

Experience a Legendary NYE Bash with sounds by DJ Nabs spinning the best in hip-hop, R&B, Top 40 and more. All guests in attendance will receive a complimentary champagne toast at midnight as well as light hors d’oeuvres and hookahs available. Complimentary car service will also be provided.

A very chill way to spend the evening. Chef Joe Truex is preparing a four-course meal with a champagne toast for a very affordable price. This is the perfect solution for those avoiding clubs and big crowds.

Since its start in 2010, the All Star Comedy Jam has been touring around the country and making people laugh and chuckle. This year, the comedians on tour will be closing out the tour by performing in Atlanta. The lineup includes Gary Owen, Capone, Finesse Mitchell, and Tony Roberts. Bring in the New Year in Atlanta laughing till you can’t take it. This is going be a night to remember. These guys are the truth in comedy! DJ Spinderella will be providing music for the evening.

Whatever you choose to do this New Years Eve, Divas and Dorks wants you to be safe while bringing in the new year with fabulousity!

Happy Holidays and Have a Happy New Year!!

Appy New Year! 7 Apps to Make Ringing in the New Year Fun and Easy
Create Your Own Perfect Place of Serenity 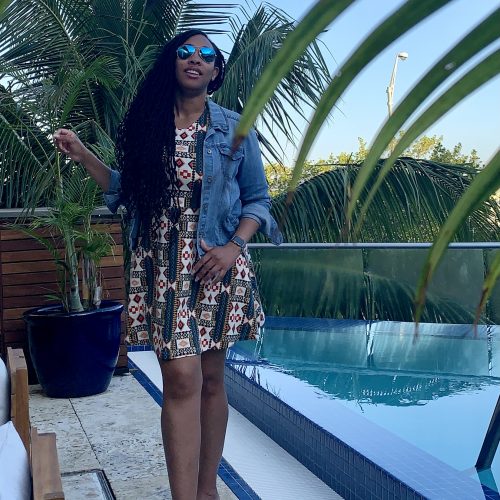 Smart, Connected And Tech Is Key At The New KAYAK Miami Hotel