If it hadn’t been for Betsey Johnson, Jenn Barron and Lauren Antos would never have met. They came from Chicago and Boston, respectively, to work at Betsey’s New York City showroom on the very same February day in 2008. Design and production is Jenn’s area of expertise and Lauren’s game is styling and retail. So from the get go they naturally complemented each other. It wasn’t until they returned to New York to work for Betsey Johnson during Fashion Week the following September that it dawned on them to start their own company. Recently, Divas and Dorks got the opportunity to check out these designers and get some insight into the world of fashion…

DIVASANDDORKS.COM: How did you get started in the world of fashion?

LILY & MIGS: Jenn had her first sewing machine at the age of two and Lauren was well known for her playground fashion styling advice. So we’ve both had a solid love affair with fashion at very young ages. We both went to school for degrees in fashion as well; Jenn for design and Lauren for fashion merchandising and buying.

DIVASANDDORKS.COM: Lily & Migs is an interesting name, is there a story behind “Lily & Migs”?

LILY & MIGS: Oh, of course there is! When we were trying to give our brand a name we initially thought “Name it after the kids”, at the time Jenn was pregnant and Lauren already had two kiddo’s of her own. Jenn swore up and down that she was having a boy, which in her husbands family tradition would have been named Miguel (a name she often shorten to Migs) and Lauren’s daughter was Lily. So the name “Lily & Migs” had a nice ring to it as it also represented both Jenn and Lauren. But the real twist in the story comes when Jenn didn’t have a boy… instead she had a little girl, Amelia. So now the company is named after Lauren’s daughter and Jenn’s husband, which we always have a good laugh about.

DIVASANDDORKS.COM: Name three gadgets you can’t live without and why?

LILY & MIGS: If you have ever spent a little time with us you’ll quickly learn that we always have a different opinion on EVERYTHING… in the end it always leads to a wonderful meeting of the minds. So Jenn is team iphone (and all things apple) and Lauren is team blackberry (after two iphones proved to not be kid-proof). Although Jenn works diligently to convert Lauren to be a mac lover on a daily basis.

As for three gadgets are concerned, I would have to go with our Keurig, cell phone, and ipod touch; Keurig because we’re both self proclaimed caffeine junkies, cell phone for communication, email and social networking purposes and the ipod touch for “Words With Friends” and music.

DIVASANDDORKS.COM: You both started as interns with Betsey Johnson, what was that like?

LILY & MIGS: Once in a lifetime opportunity. We were both long time fans of all things Betsey and getting to meet and work with her on a daily basis was amazing. We both were the “older” interns, so we instantly connected. Betsey had a great way of mixing big business without loosing her artistic flair and between crazy errand runs, endless searches in Betsey’s vast vintage collection, and our late night’s living it up in NYC we often ask ourselves how we survived… let alone wanted to start our own company!

DIVASANDDORKS.COM: What’s next for Lily & Migs?

LILY & MIGS: Like any business we want to expand, but we like taking things slow allowing us to still be able to focus on the important things; quality of our product and our clientele. That said, we are hoping to expand our boutique list as to where we are carried; within the US as well as overseas. Most recently we have begun working with Christina K. Pierce Styling and Consulting team and are very excited for things to come!

For more on Lily & Migs, visit them online at www.LilyandMigs.com. 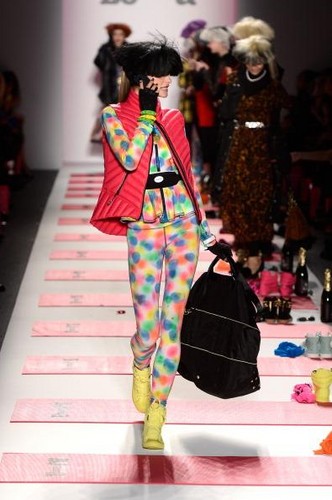 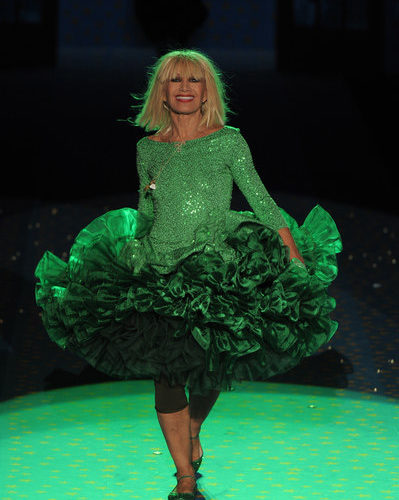